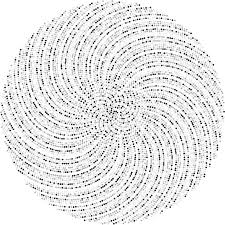 Here are a few of the many conjectures concerning primes:

Goldbach's Conjecture: Every even n > 2 is the sum of two primes.

Goldbach wrote a letter to Euler in 1742 suggesting that every integer n > 5 is the sum of three primes.  Euler replied that this is equivalent to every even n > 2 is the sum of two primes--this is now known as Goldbach's conjecture.  Schnizel showed that Goldbach's conjecture is equivalent to every integer n > 17 is the sum of three distinct primes.
It has been proven that every even integer is the sum of at most six primes [Ramaré95] (Goldbach's conjecture suggests two) and in 1966 Chen proved every sufficiently large even integer is the sum of a prime plus a number with no more than two prime factors (a P2).  In 1993 Sinisalo verified Goldbach's conjecture for all integers less than 4.1011 [Sinisalo93].  More recently Jean-Marc Deshouillers, Yannick Saouter and Herman te Riele have verified this up to 1014 with the help, of a Cray C90 and various workstations.  In July 1998, Joerg Richstein completed a verification to 4.1014 and placed a list of champions online. More recent work by Oliveira e Silva has extended this to at least 4.1017. See [Ribenboim95] and [Wang84] for more information.


The Odd Goldbach Problem: Every odd n > 5 is the sum of three primes.
There has been substantial progress on this, the easier case of Goldbach's conjecture. In 1937 Vinogradov proved that this is true for sufficiently large odd integers n.  In 1956 Borodzkin showed n > 314348907 is sufficient (the exponent is 315).  In 1989 Chen and Wang reduced this bound to 1043000.  The exponent still must be reduced dramatically before we can use computers to take care of all the small cases.


The number of Fermat primes is finite.
Hardy and Wright give an argument for this conjecture in their well known footnote [HW79, p15] which goes roughly as follows.  By the prime number theorem the probability that a random number n is prime is at mosta/log(n) for some choice of a.  So the expected number of Fermat primes is at most the sum of a/log(

) <a/2n, but this sum is a.  However, as Hardy and Wright note, the Fermat numbers do not behave "randomly" in that they are pairwise relatively prime...